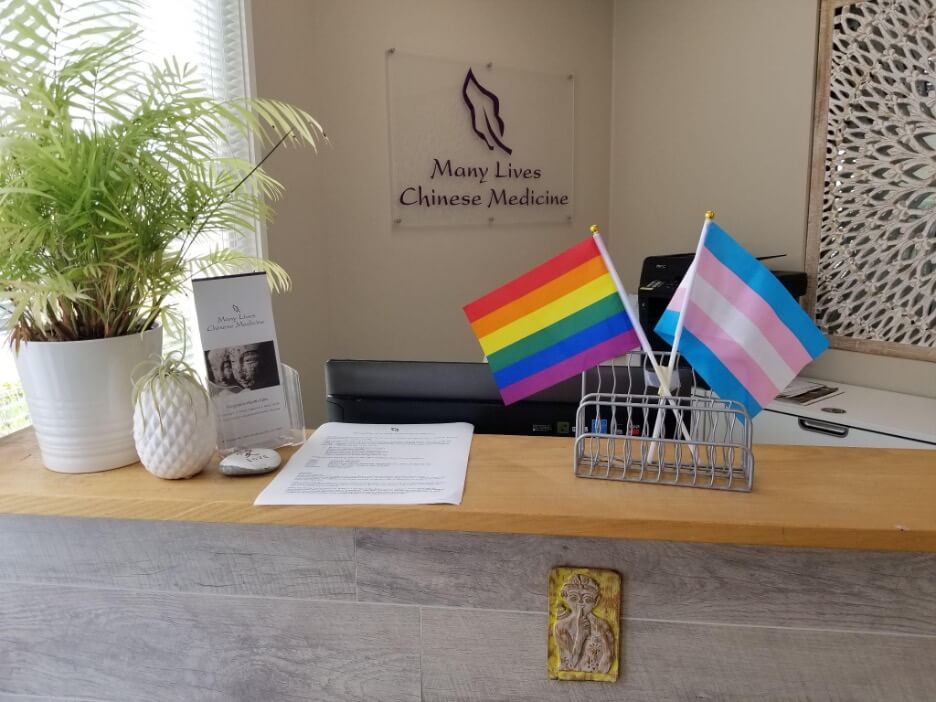 Pride month is an opportunity to celebrate the advances made in LGBTQ+ rights and show our inclusiveness and support of the community. Here at Many Lives Chinese Medicine we are a safe and compassionate space for everyone, regardless of sexuality or gender expression.

Pride month commemorates the Jun 28, 1969, police raid of the Stonewall Inn, a well known gay bar in New York City. This led to a series of riots and protests, and was the spark for a national campaign for LGBTQ+ rights. Each year we commemorate this event to celebrate the gains that have been made over the years, while highlighting the challenges the community still faces.

What does LGBTQ+ stand for?

The full acronym for the queer community is LGBTTQQIANBP, which is a lot of letters to type, and is often shortened to LGBTQ+, with the ‘+’ including the other letters. While this may be confusing or overwhelming, it reflects the full spectrum of identity and sexuality that people can experience.

Here’s a quick run down:

L– lesbian, women who are primarily attratcted to women
G – gay, men who are primarily attracted to men. Sometimes it is also used similar to queer, to refer to the whole community.
B – bisexual, people who expereince attraction to their own and opposite gender
T– transgender, or sometimes transsexual (though this is considered obsolete by many people). This broadly refers to people who do not identify with the gender they were assigned at birth. They may or may not also use hormone blockers, hormone replacement, and surgeries in order to align their body and mind more closely to their experienced gender.
Q – Queer is an umbrella term for anyone who’s gender expression or sexuality fall outside of the norm.
Q – Questioning, it can take a long time for people to fully understand themselves and their identity. This is meant to include those who are still in the process of discovering themselves.
I – intersex is a complex and diversue group of people whos’ sexual anatomy, chromosones, and hormone profie align with neither male nor female.
A – asexual, people who expereince little or no sexual attraction to any gender. This is a complex group with many subcategories.
NB – non-binary are pople who’s gender identity do no align with the standard binary. Non-binary people may also identify as trans, since thier gender identitty is different what was assigned at birth.
P – pansexual, which is similar in some ways to bisexual, but are mosre broady attracted to any gender presentation, even those outside the standard binary.

But regardless of how you identify or who you love, all the staff here at Many Lives Chinese Medicine are here for you.

Allergy season has come early this year. For those of you who suffer from seasonal…

2014 Farmers’ Market Schedule for the Peninsula